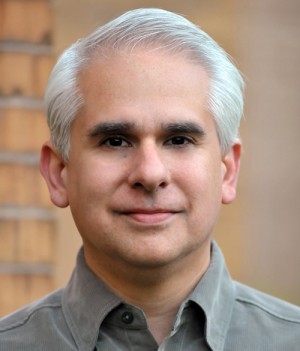 Arthur Rishi can be found both behind the scenes and on concert stages in the Boston area. As an arts administrator, he has held positions with Handel & Haydn Society, Emmanuel Music, Northeastern University’s Department of Music and Center for the Arts, Opera Theatre of Connecticut, Choral Music Program at Harvard-Radcliffe, and the New Haven Symphony Orchestra. He was co-founder and Executive Director of Prism Opera, a chamber opera company, and currently serves as artistic director of the Class of 1959 Chapel Concert Series at Harvard Business School, and as Music Director of St. Mary of the Assumption Parish in Brookline.

As a singer, he performs frequently in oratorio, and concert. Recent appearances have included Mozart’s Requiem and Beethoven’s Symphony No. 9 with the Pasadena Master Chorale, Beethoven’s Mass in C and Orff’s Carmina burana with the Assabet Valley Master Singers, Janacek’s Diary of one who Vanished at Northeastern University, the Evangelist in Bach’s St. John Passion with Sarasa Ensemble, the title role in Mozart’s La clemenza di Tito with Prism Opera. He has performed Schubert’s song cycle Die schöne Müllerin more than twenty times in concert halls throughout the Northeast and Canada and as a part of First Night Providence. He holds degrees from Harvard College, the Harvard Graduate School of Education, and Boston University.

Working with Boston Landmarks Orchestra has been one of the highlights of Arthur’s career.

He writes “in my role as artistic administrator, I have the privilege of working closely with both Christopher Wilkins and Jo Frances Meyer to help bring their vision to life. There is nothing more fulfilling than seeing a Landmarks initiative through from the brainstorming phase to the challenging but exhilarating realization process. Landmarks is a true gift to the city of Boston.

Every week, I am thrilled when I see thousands of people stream on to the Hatch shell lawn or to neighborhood concerts. I know that many of them are hearing a live orchestra for the first time, which makes our work especially rewarding

Of course, the weather is always a concern at our concerts, and one of my least pleasant Landmarks memories is having to go up on stage and stop Maestro Wilkins, the orchestra, chorus, narrator, and military color guard in the middle of a featured piece as lightning moved into the Esplanade.

That’s not how I wanted to make my Hatch Shell debut!”