Two beloved works by composers from very different backgrounds—both unmistakably American—highlight the opening concert: Aaron Copland’s Appalachian Spring and Scott Joplin’s Treemonisha. The Americanness of these pieces comes from their fusion of New World tunes with classical style, and the vigor of their rooted-in-the-soil dance rhythms. Recent creations by two Black artists now at the forefront of American musical life, Valerie Coleman and Jeff Scott, swing with euphoric energy in the tradition of American eclecticism. 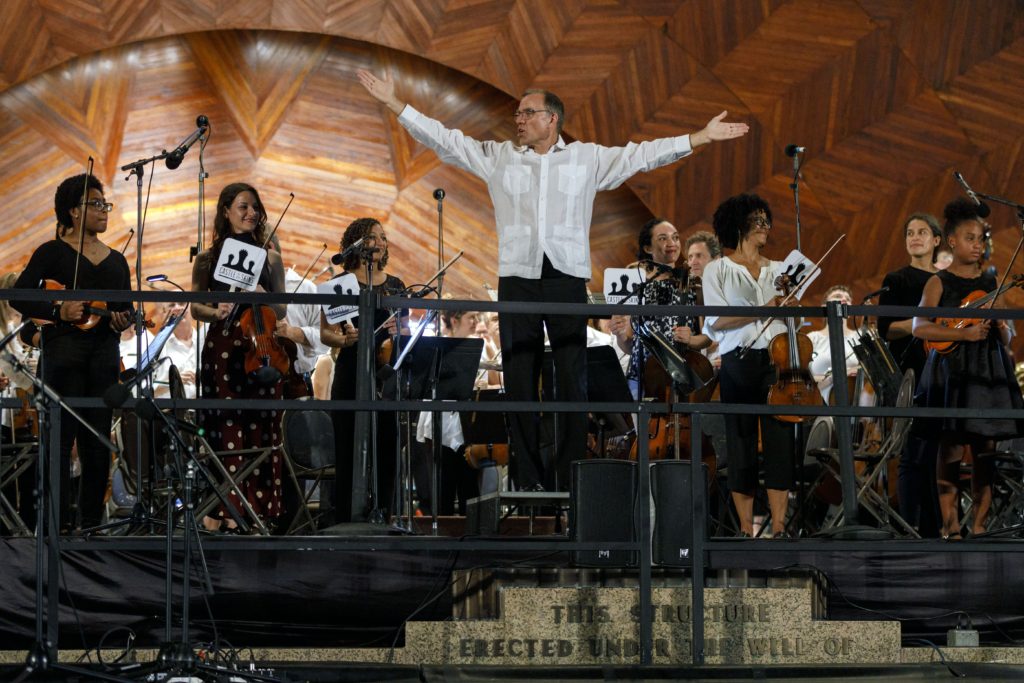 Landmarks’ dance concerts always incorporate music of many cultures, reflecting the extraordinary diversity of today’s Boston. Black and Latinx composers—contributors to the classical concert tradition for centuries—have played a central role in defining the essential sound of American music. Special guests Castle of our Skins and violinist Gabriela Díaz bring virtuosity and vitality to several heart-pounding works of the Americas. 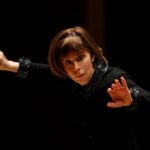 Landmarks will host a panel discussion in celebration of the 100th anniversary of the 19th Amendment, and our upcoming She’s The First concert on August 18, 2020. This wide-ranging discussion will cover the various roles women play in music and will examine how women are breaking boundaries in the classical and jazz fields.

The discussion will feature: 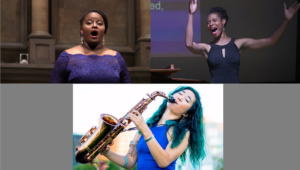 “She’s The First” concert will celebrate the Centennial of the 19th Amendment, which guaranteed and protected women’s constitutional right to vote. The concert, comprised entirely of music written by women, will be live streamed for free on the 100th Anniversary of the Amendment’s ratification, August 18, 2020. Boston native, singer-saxophonist-composer Grace Kelly, hosts and performs in the concert conducted by Music Director Christopher Wilkins and guest conductor Katherine Chan. Click here for more info.

A multicultural musical celebration on the Winter Solstice 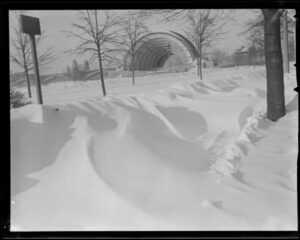 “At Home for the Holidays” brings light and joy to the holiday season with a multicultural celebration featuring holiday music from around the world. This free streaming concert marks the start of the winter solstice—a reflective opportunity which begins a new season. Under the direction of Music Director Christopher Wilkins, a chamber orchestra of 10 Landmarks Orchestra musicians will perform from GBH’s Fraser Performance Studio. The festive program includes works from Mexico, Puerto Rico, Europe, and the USA with African American spirituals and holiday music in the gospel tradition, and reflects traditions from Christmas, Hanukkah, and Kwanzaa celebrations.